What to Eat When There's Nothing to Eat

I'd been away for a week and supplies were depleted. I woke up hungry on my first day back home, opened the fridge and harrumphed, Nothing to eat...

At second glance, I noticed half a loaf of bread. OK! I can have toast! Boring! Not enough! But on closer inspection I discovered some vegan cheese slices, a bit of tomato, and some clean and crunchy romaine. That's more like it. Grilled cheese for breakfast! With pickles and mustard! Happy! 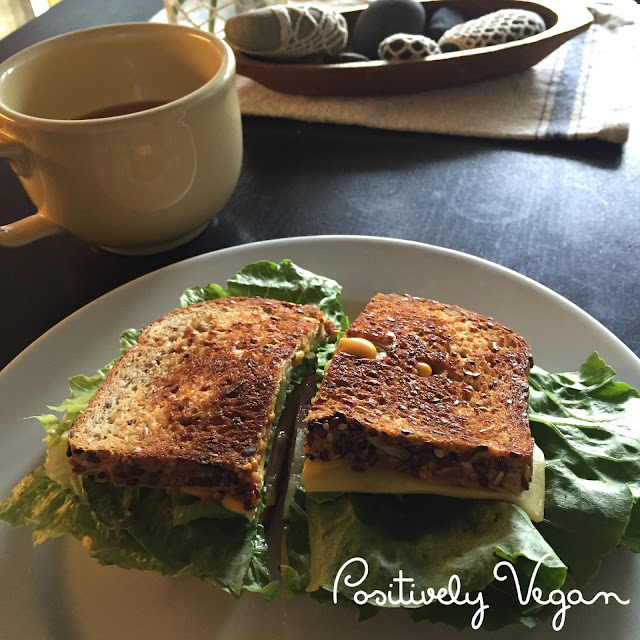 Along the lines of leftover pizza for breakfast, a sandwich you might normally think of as a lunch item can really hit the spot, especially if you prefer a savory breakfast like I do.

Later, slightly annoyed by the fact that I was hungry again, I considered going out for some takeout kimchee fried rice, and then remembered they're closed on Sundays. Phooey! Back to the "empty" refrigerator, expecting to come up with a sequel to the breakfast sandwich. Maybe toast for dinner would be OK...

But lo and behold, there was a little bowl of brown rice, a bag of week-old chopped carrots and red bell pepper that were still in decent shape, and a bit of bok choy... possibilities! I plucked a can of chickpeas from the shelf, melted a little coconut oil in my skillet, and let the magic unfold. 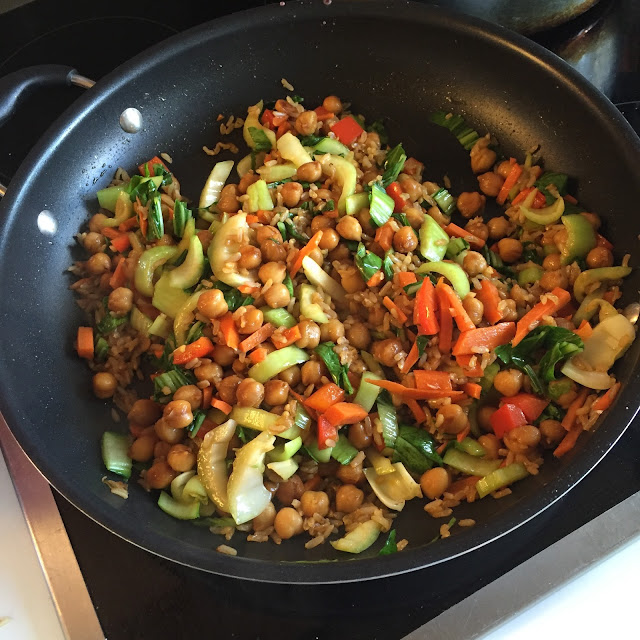 I cooked the chickpeas first, in the oil, with a good splash of tamari. Then I threw in the rice and let it sizzle for a couple of minutes before adding the veggies. Rummaging through our collection of condiments, I seasoned the whole thing with random sloshes of umeboshi plum vinegar, sesame oil, maple syrup, and sriracha sauce. The whole process took about five minutes!

And guess what? It was way better than the fried rice I was going to buy. The vinegar gave it kind of a zippy kimchee flavor, but the fresh vegetables were actually much nicer than the fermented kind from a jar. 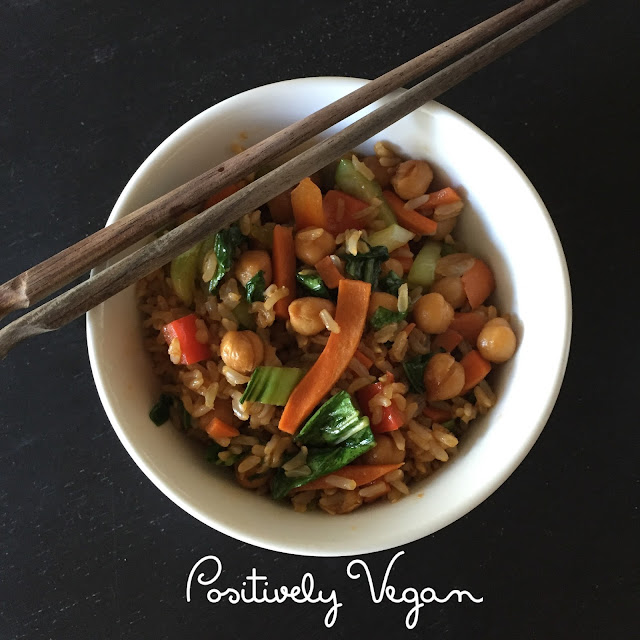 Even though this was an emergency meal, made from "nothing," it's one worth repeating. Try it. With whatever you have. It's surprising what's really there when we think there's nothing...

Could be a metaphor for other areas in life, yes?